Fayzah has taught elements of Popping Styles and Hip Hop Dance in Japan, Switzerland, Italy, and at Broadway Dance Center in NYC. She has collaborated with Brian Green co teaching classes & workshops. She studied Hip Hop Dance with some of the originators of the style, & Popping Styles with a multitude of influential dancers, such as Electric Boogaloos; Jazzy J, Mr. Wiggles, Poppin Pete, and Damon Frost, Salah, & Jr Boogaloo. Future Ninja & Lil Shaik have also been an inspiration in Waving, & Brian Green, Kaleef, Link, & Tony Mcgregor in House & Hip Hop. Fayzah’s activity in Hip Hop over the years includes DJing, dancing, and even a little bit of bombing (graffiti). She has guest DJ’ed on Puerto Rico’s premier Hip Hop music station; Hip Hop Vox FM, & “The Hip Hop Ride” radio show in AZ.
She grew up listening to and dancing to Hip Hop music at parties (along with soul, funk, g-funk, dance, electronic music, etc.).

When she was a teenager she started buying records because she liked the sound quality better than CD’s, and there were song remixes & rare grooves that were only released on vinyl. She worked at several music stores, became an obsessed crate digger, and eventually learned how to beat match, mix, juggle, & scratch.
Most of her DJ days were spent in L.A., A.Z., & P.R., were she played at parties, clubs, fashion shows, events, skate parks, on the radio, & dance battles, under the moniker DJ Cloud8.
Since her move to NYC, she has become even more in touch with the roots of Hip Hop.
Although Fayzah appreciates all street styles, funk styles, & club styles, her main focus is in Popping Styles & Hip Hop dance. Fayzah has incorporated these styles into her dance fusion & into her latest instructional DVD “Android Goddess”. She’s collaborated with dancers; H1st0ry, PopNTod, & Chill, in performances.
Fayzah continues to exchange with, & learn from various Street Style dancers, and embraces the new and up and coming. 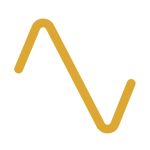